“What does a Spanish composer do when he decides to compose a concerto for guitar and orchestra?” “He commits a suicide.” This is how composer Luis de Pablo described his view on writing guitar concerto at the conference he gave this October at The Seville Guitar              Festival. We all know who is the Emperor with no clothes on: Joaquin Rodrigo’s Concierto de Aranjuez has been guitarists’ and composers’ both Holy Grail and a cross to bear since 1939, the year the work has been written.

Not that there is anything wrong with having a superstar concerto for guitar-some other instruments have them too- but it would help to know that there are other representative works for this combination, for example Trois graphiques by M. Ohana or R. R. Bennett’s Concerto for Guitar and Chamber Orchestra. As a composer and guitarist, I had a unique opportunity to attend this year’s Festival de la guitarra de Sevilla dedicated to Spanish composers (the ones that have not committed suicide yet). The festival, which took place from 15th to the 19th of October, presented some excellent performances and master classes by classical guitarists Lorenzo Micheli, Joaquin Clerch, Adam Levin, Giampaolo Bandini, Alejandro Cordova, Javier Riba, jazz player Toño Contreras, the great flamenco guitarist Gerardo Núñez.

Besides these live performances I was very glad to attend several lectures including “Thoughts on my Music through the Guitar” by César Camarero, “Turris Eburnea, New Piece for Guitar” by Luis de Pablo, “The Keys of Japanese Culture to understand Spanish Culture” by Gustavo Pita, and inevitably my own “Ex Ovo: Motivic Metamorphosis in Music by Dusan Bogdanovic”. Even though my knowledge of Spanish language is pretty rudimentary, I found lectures very interesting: the music for guitar by the excellent composer César Camarero included his Caligrafía and Luz Azul for guitar solo and La Memoria del Agua written for guitar solo and chamber group consisting of flute, clarinet, saxophone, percussion, harp, accordion, viola and violoncello; the lecture by Gustavo Pita, translator and the Professor at the National Centre for Scientific Research was fascinating and enlightening-the subject touched upon similarities of the Japanese samurai and Spanish culture-thus bringing an enriching extra-musical dimension to the whole event.

Though my focus here will be pretty exclusively on the contemporary Spanish composers, I would like to mention the festival’s excellent organisation by the artistic Director Francisco Bernier and his Assistant MCarmen Garcia Alvarez, as well as wonderful photographs used in the brochure by playwright/photographer Royds Fuentes Imbert. Also worth noting is that 2013 and 2014 editions of the festival have been dedicated to the great Spanish painter Doménikos Theotokópoulos, El Greco. As a member of the jury of the festival’s competition, I could make many observations and comments about the events, but since my intention here is to talk about composition, let it suffice to say that the general profile of the players was of a quite high level of technical and artistic proficiency. The first prize was awarded to the French player Garcia Thibault, the second to the Danish Bangs Jacob and the third to the Korean Cho Daegon (who also won “Premio del pùblico”).

One of the more interesting events (from composer’s perspective) was Adam Levin’s concert, which included a premiere by the great Spanish composer Luis de Pablo, who was also present at the concert. Adam Levin is an exceptionally gifted guitarist and he played everything in a very transparent and convincing manner. I was a bit puzzled by his “harmonics mannerisms”, but all in all, my impression was that the composers were very fortunate to be represented by such an excellent spokesman for their works. Besides the premiere piece Turris Eburnea by Luis de Pablo, the concert also included Dues Noves Suggestions by Salvador Brotons, Handeliana by Ricardo Llorca, and Suite: Il sogno delle stregheby Eduardo Morales-Caso.

The premiere of the evening, Turris Eburnea (Latin for Ivory Tower -one of the epithets used for Virgin Mary) was, in my opinion, the most convincing of all the works we heard at the concert; it is an original and subtle composition based on a dialogue between two starkly contrasting elements. The composer makes an excellent use of guitar’s timbre and sense of space and the composition follows its inner logic with integrity and imagination. It is also important to note that Luis de Pablo has another guitar work which should be of interest to our readers: his concerto Fabula (1991), published by Suvini Zerboni from Milano and recorded by Gabriel Estarellas, for whom it was written.

Being a composer myself, I will attempt here to offer a view that is personal, but hopefully as bias-free as possible. In that sense, I think that I have witnessed here two particular extremes: one, exemplified at the festival by the music of Luis de Pablo and César Camarero, the other, not as apparent, but present nevertheless, by Antón García Abril. Needless to say, yet another example on the creative tangent of the festival was jazz and flamenco, both of which I am very familiar with, but unfortunately didn’t manage to attend.

Composers Luis de Pablo, César Camarero, who were represented at the festival, as well as some well-known Spanish composers that have written for guitar, such as Roberto Gerhard, Cristóbal Halfter and others, belong to the avant-garde modernist tradition established in the 50s and 60s, familiar to my generation as Darmstadt and IRCAM schools-a tradition that includes names of influential, successful composers such as György Ligeti, Karlheinz Stockhausen, Pierre Boulez and so on. To oversimplify a very perplexing subject, the characteristics of this school of thought-an almost complete exclusion of traditional and/or consonant harmonic language with a fairly free-flowing and usually complex formal profile- are to a large extent heritage of serial thinking and its subsequent metamorphoses.

The other school of though, an arrière-garde, if you may pardon the expression, sticks to the more traditional musical language that includes forms and techniques up to and including the Impressionist period. Most of “Segovia composers” belong to this group and they include equally influential and, for most part, quite successful composers such as Joaquin Rodrigo, Joaquin Turina, Mario Castelnuovo-Tedesco, M. M. Ponce and so on. Most of these composers’ styles fitted in Segovia’s aesthetics and if they did not, they have been fairly neglected until more recent times (Frank Martin is a typical example of this). Antón García Abril is a follower of that tradition and his piece, which was in the competition program Preludio Urbano de Paris (one of the 3 Preludios Urbanos) is a very charming, lyrical Satiesque piece published by Edition Clivis. His Concierto Mudejar for guitar and orchestra has had considerable success.

A question of rightness or wrongness in the context of these differing aesthetics, in my opinion, does not arise at this date anymore, so long as it does not touch upon the evaluation of the work itself according to whatever the standards of the composition have been built upon. In other words: we do not live anymore in a universe that is based on exclusivity of aesthetic postulates and so consequently have to consider what have been un-humorously called multiverse. To pursue this a bit closer to my subject, all of the compositions that we heard at the festival can be located somewhere on the tangent of the formal spectrum from minimal material (such as meditative music) to extremely complex or heterogeneous material. Of course, there are many diverse areas of work that would include improvisation as well as written-out music or different degrees of media mixtures and combinations.

In contrast to the idea of multiverse, which is integrative but discriminate, postmodernism is essentially non-discriminate in its acceptance of promiscuous and indulgent amalgamation of styles and aesthetics. Since I have lived (by accident and design) in both US and Europe, I am noticing that European academia still makes big distinction between musique savante and musique populaire, the terms that have largely disappeared from the American vocabulary. Surely, one is aware of the difference between Beyoncé and Beethoven, but as we approach contemporary composition allied with jazz and/or rock or world music in the US, these lines tend to become more and more blurred and the result quite indiscriminate in an aesthetical sense, though commercially this might not be so.

Some of this has been quite evident at this year’s festival in Seville. Though Europe is still necessarily more oriented towards tradition (be it tonal or atonal), the postmodern and multiverse currents are visible. For example, Dues Noves Suggestions by Salvador Brotons and Suite: Il sogno delle streghe by Eduardo Morales-Caso, which we heard at Adam Levin’s concert, stay somewhere on the crossroads of diverse aesthetics. In Brotons piece that means from essentially neoclassical (Siciliana) to jazz-oriented influences (Brasilera). Morales-Case piece struck me at times as quite inspired, especially in some slower lyrical movements (Ninnananna and L’anima sola), though the fast Toccata diavolesca seemed a far cry from, say Prokofiev’s Suggestions diaboliques and similar pieces.

An interesting case in point was Ricardo Llorca’s piece Handeliana (variaciones en la tema por G. F. Handel). Llorca, who is presently on the Julliard School faculty, presents us with typically postmodern composition where styles and aesthetics indiscriminately mix to create a kind of composition difficult to imagine being created on the old continent. In contrast to the venerable Nocturnal by Benjamin Britten, which is similarly based on an early music source but consistently follows the transformations and logic of the material, Llorca’s piece happily goes in and out of tonality to touch upon some more or less dissonant moments, giving an impression of structural arbitrariness. Nevertheless, the composition was very free flowing and had some great moments. Personally, I would have been very satisfied had it been an actual improvisation.

In conclusion, The Seville Guitar Festival was a very interesting and enriching experience for this composer/guitarist and I congratulate the Direction of the festival for giving composers the chance they rightfully deserve. I also welcome inclusion of multidisciplinary subjects at the festival, such as the lecture of Gustavo Pita, which gives a much-needed depth to what might otherwise become a simple craftsmanship event. May this festival serve as a shining example for all the other guitar festivals to follow-the sooner the better! 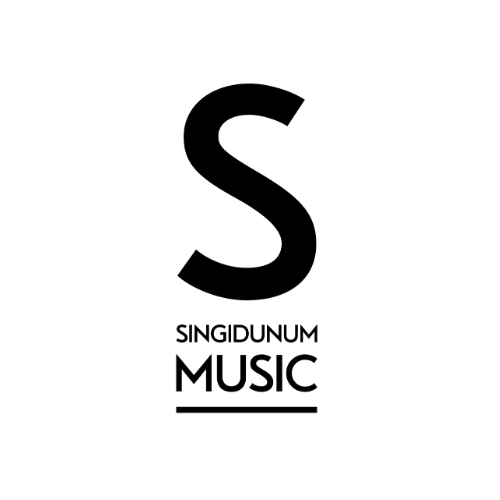 Singidunum Music is conceived as a digital publishing company that encourages multiplicity of forms and aesthetics within the same theoretical and practical framework. If being creative today means being an artistic acrobat with a head in Europe, body in Africa and spirit in Asia, then maybe this place could be a cosmopolitan virtual musical garden in which to plant creative seeds for the present and for the future.

Thousand Mirrors for guitar by Golfam Khayam. For score click on: https://www.singidunumusic.com/product/thousand-mirrors/ ...

A new publication of Sting-Bogdanovic hits for solo guitar played by formidable Stephanie Jones, from my https://www.singidunumusic.com/product/shape-of-my-heart-ballad-every-breath-you-take-prelude-fields-of-gold-choral/ ...